skip to Main Content
OUR STORY - ( Where we started, what we’ve done and what we’re doing now) 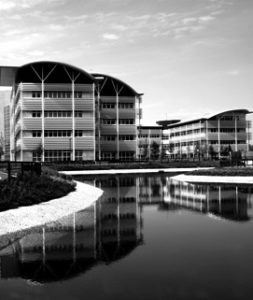 SECI Real Estate was founded on 19th February 1996. The company’s primary occupation has always been the urban redevelopment of large industrial brownfields, and right from the beginning this became the focal point of activity. A large part of the redevelopment has been that of properties belonging to assets of the Maccaferri Group and all of these without exception have been a source of great satisfaction. The Jesi Sugar Refinery which has been turned into a residential area with a small shopping centre and 5 screen cinema. The Giulianova Sugar Refinery, transferred to local entrepreneurs under an urban redevelopment procedure. The Bertoli ex-steel works in Udine with 27 ha of land where, through one of only two PRUSST (urban regeneration and sustainable local development programmes) approved by an inter-ministerial decree, more than 100,000 mq of housing and offices will be built, as well as a shopping centre of 33,000 mq which enhances the value of the entire project. Ex Saira Villafranca, redeveloped as a residential area, was transferred to our partner Tosoni during the course of the project, after we had developed, in partnership, the first five tower blocks designed by Prof. Aymonino. The hub for parcel sorting operations in central – northern Italy, built on land acquired in Calderara and then let out to the SDA (Postal Service). Vergato, near Bologna, where, in partnership with a local company, we have almost completed the redevelopment of both the ex ILM (steel and copper wiring factory) area and the ex IMSER (general building) area. Overall 40,000 mq of housing and small shops in a village which, before the development, counted just over 5,000 inhabitants. Zola (BO) an ex OM with urban redevelopment to a residential area, as, too, for the ex Sapaba area in Casalecchio.

As far as our larger projects are concerned, where vast areas are enhanced and improved, there is the Business Park in Bologna, a development designed specifically to accommodate important companies. The Castel Romano Shopping Village is a retail park of approximately 26,000 mq with 58 shops of which 9 medium sized units. The Massimina Centrality covers an area of approximately 110 ha to the west of Rome. The development is eagerly awaited by the inhabitants of the adjacent village, since it will also provide a series of services for the area which, at present, are lacking, such as a civic centre, a new church, a 12 ha park and, above all, a new railway station. Overall the project is for a surface  area of 220,000 mq of which 55% is residential and the remaining 45% for non residential buildings. Our involvement regards the construction of a shopping centre of approximately 60,000 mq next to the Via Aurelia (the ring road of Rome) as well as commercial/ management/ reception structures built near the new railway station.

The Roma Nord logistics park is the logistics platform for the whole of central Italy. With excellent accessibility, on completion, the park will extend over an area of 1,200,000 mq, with over 110,000 mq for set aside for services. The first section of the development has already been entirely transferred to Amazon which alone occupies a 230,000 mq site, with a 70,000 mq building 18m high. The retail park planned for Porto Sant’Elpidio situated on the main Adriatic road and alongside the existing shopping centre, will provide a complementary and synergic integration to the area. Furthermore, almost completed Olbia Retail Park with its elegant Concept, designed by Chapman & Taylor, that makes the project innovative, able to combine the functionality of the structure to the atmosphere and to the retail supply, and at the same time creates a stimulating place to socialize as well as to do some shopping.

OUR GOALS - (Aims, motivation, and strengths)

The main goal of SECI Real Estate is the development of real estate projects, in particular for the commercial, management and logistics sectors. The company also operates in the fields of residential construction, tourism and reception facilities where, however, we generally prefer to develop our projects in association with local partners with specific expertise. In all of our developments, the utmost attention is paid to quality, with the aim of contributing as best we can to the enhancement of the territory in which we are operating.

The Ethical Code and Organizational Model adopted by Seci Real Estate S.p.A, in line with the requirements of the Legislative Decree n° 231/2001 and conforming to the law’s previsions, bring together the ethical principals and values which form our business code of conduct and which inspire the demeanour and behaviour of those who work for SECI Real Estate S.p.A. both within the company and as collaborators.

SPONSORSHIP - (Our commitment to social issues)

Seci Real Estate promotes, effects and manages socially responsible projects for communities in Italy with the sole aim of helping people and creating new opportunities for them.

Aims The crisis of the Ford city model, the abandon of industrial sites which have exhausted their life cycle, the new roles which cities assume within the scenarios of globalisation, all favour models of reorganisation and renewal both of the cities themselves and of the subjects which contribute to the definition and implementation of programmes of urban regeneration. Such change is also ratified by the revised regional urban legislation of Emilia Romagna, which radically reforms the traditional planning model of the territory, proposing a flexible model,  by  regeneration of the city via densification, demolition and reconstruction, addition and the contingent redesigning of public areas.

Aims The proposed initiative is aimed at raising funds in order to assist the activity of charitable organisations active in Italy: NGO “Progetto Anti Tratta of the Ass.ne Papa Giovanni XXIII” which works daily to save young women who are victims of sexual slavery.

NGO “Associazione Mongolfiera” which helps disabled youngsters and their families in daily life at school and after.

NGO “ Associazione Bimbo Tu” which supports children suffering from illnesses affecting the central nervous system and/or solid tumours both during their stay in hospital and during follow up in their homes.